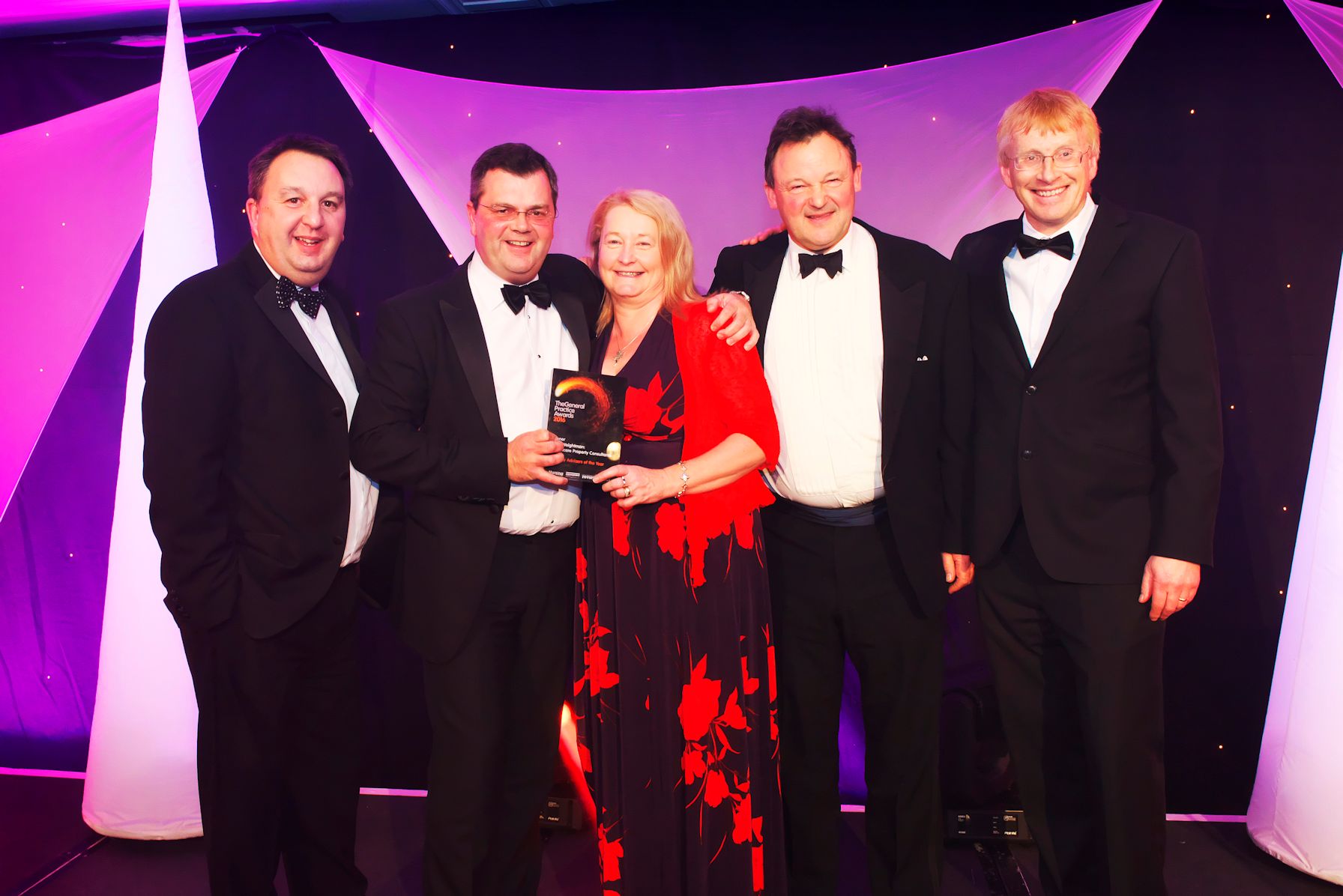 Commercial property consultancy Clark Weightman has been unveiled as the Healthcare Property Advisers of the Year at the General Practice Awards 2016. The ceremony was held at the Lancaster London Hotel on 24 November and over 650 people were in attendance to see the winners of various categories unveiled, including Clinical Teams of the Year and IT Provider of the Year.

The General Practice Awards recognise outstanding team achievements, innovation and individual success stories from GP surgeries across the UK. The Hessle-based firm fought off strong national competition to claim the award for the first time. Clark Weightman was also a shortlisted finalist in 2014 and 2015.

The company has been active in the commercial property market since 1999, and specialises in valuations, disposals, acquisitions, rent reviews, lease renewals, property management and business rates appeals. Its broad client base encompasses PLCs and private companies, through to public sector organisations and charities.

Clark Weightman’s long-standing reputation across the Humber region has been built primarily on its team of directors, who each focus on a core market segment. Director Simon Weightman is responsible for the company’s healthcare clients, and a familiar face to the region’s NHS Trusts, Clinical Care Groups and GP practices.

He is quick to note the award’s significance: “To be recognised on this scale is fantastic, and a source of immense personal satisfaction to the whole Clark Weightman team. The event is sponsored by four national healthcare publications, which gives an indication of how respected it is.”

Nominations for the awards are client-led, and a reliable indication of companies that have a high standing within the industry. For Simon, the accolade is a testament to Clark Weightman’s experience and reputation, which has grown steadily over the past two decades.

“We market ourselves through word of mouth, so it’s brilliant to see that we’re clearly getting it right with our clients,” he adds. “We’ve been working tremendously hard in this sector over the past 12 months. Our activities now stretch beyond Yorkshire, and we have overseen projects recently in Manchester, Bradford and London.

“It’s been an exciting couple of weeks for the company and an important milestone in our history. However, it’s also essential that we build on this success in 2017 and keep providing a first-rate service to our clients.”

Attached photograph shows the Clark Weightman team (left to right) of Carl Bradley, Simon Weightman, Helen Weightman and Andrew Clark together with Dr Phil Hammond who was the host of the awards ceremony.